A dramatic day that started with a teasing tweet by Pachedu ended with the revelation of who is behind the shadowy character going by the moniker matigari on twitter. Pachedu started by providing various images of their analysis which included forensic stylometry and language analysis.

It is believed the revelation was triggered by the incessant attacks on Pachedu and one of its known members Freeman Chari  whom they attacked for falsely alleging that one Pastor Chiwenga had been abducted. Chiwenga’s spokesperson wrote on facebook refuting the allegations. Matigari, Hopewell Chin’ono and Petina Gappah were on Freeman and Pachedu’s tail to reveal his source.

Pachedu then resorted to counter-punching threatening to reveal the faces behind ghost accounts  that have been terrorising people on Twitter including Matigari. An American citizen, Martha O’Donovan, 25, was last year arrested and charged by Zimbabwe police bein suspected of being Matigari.

Pachedu claims Matigari is  Taurai Chinyamakobvu who had fellowship stints at Yale and Havard and also studied in Japan.

Taurai is a serial entrepreneur, consultant and business leader. He is an inaugural Mandela Washington Fellow under President Obama’s Young African Leaders Initiative. He attended Yale University’s Yale School of Management as a fellow. He holds a diploma in strategic management from Sweden, and an MBA (International Business and Marketing) from Japan where he was a MEXT Scholar. He also holds an MBA (finance) from the University of Zimbabwe. He is also admitted as an Edward S. Mason Fellow at Harvard University’s John F Kennedy School of Government Taurai has experience in various roles with international companies. He a director and consultant of Autocom Japan in Zimbabwe, having set up the subsidiary in 2014. He is also an advisor to Marubeni Corporation, a Global Fortune 500 company since 2013. He is a partner and director of Flocash, a pan-African payment gateway. He also co-founded Pazimba.com, a e-commerce business in Zimbabwe In the past, he was a business development manager for Misys PLC/Ethics Consultancy (2011-2013), he headed marketing for Powertel Communications in Zimbabwe (2009), was group head of marketing for Zimbabwe Allied Banking Group (2005-9) and marketing manager for Royal Bank (2004). He also worked for Innscor Africa Limited and the Cresta Hospitality Group. As a Mandela Washington Fellow, he was an intern at Microsoft Corporation. He was also a visiting fellow at IBM’s Innovation Centre in Cambridge, Massachusetts. Taurai has also advised government officials in Zimbabwe on policy issues. He has done research on innovation, development, business models, technology spillovers and presented on them in Zimbabwe, Japan, and Thailand. He has also written on the same.

Our forensic psychologists established that Matigary must have ample experience with Yale University.

Below, he exhibits focalism bias, a cognitive anchoring heuristic that led him to give precedence to Yale University in his argument. @matigary pic.twitter.com/kX6Jmx7WCu 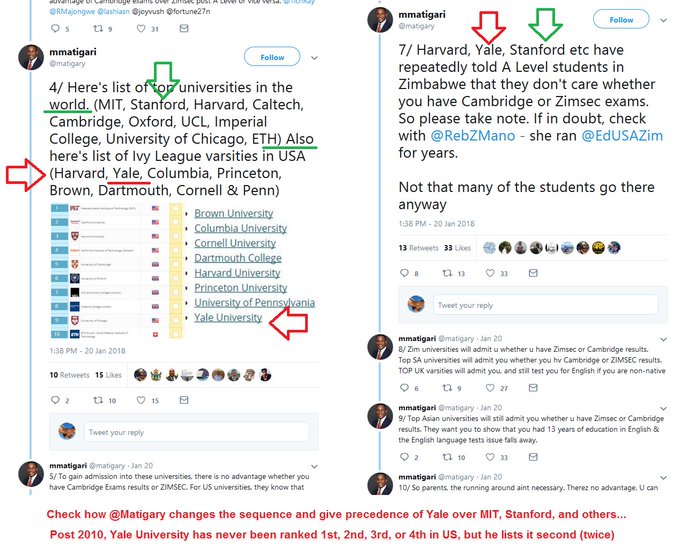 Having narrowed down the suspects, it was a piece of cake for our cyber forensics team to verify the details of the account registrant and put a face to it .

The phone number is in the public domain, and the email was reckoned intuitively.@matigary pic.twitter.com/nDumreqIMR 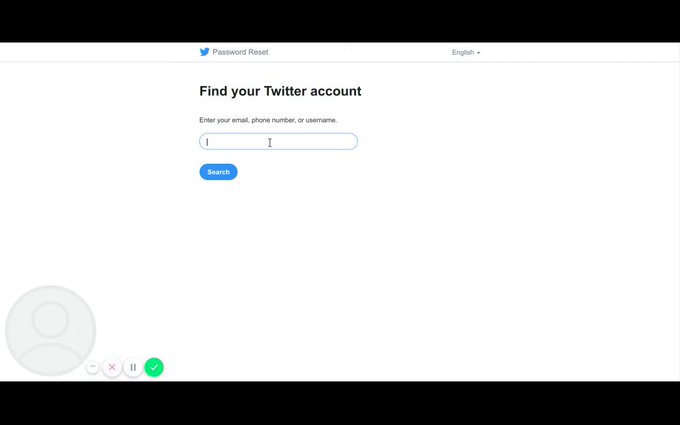