PRESIDENT Emmerson Mnangagwa’s government is drafting a new constitutional amendment that would automatically cancel citizenship from anyone who would have stayed abroad for five years without paying tax to his government or resist newly proposed diaspora tax, a development that is set to make millions of Zimbabweans stateless. 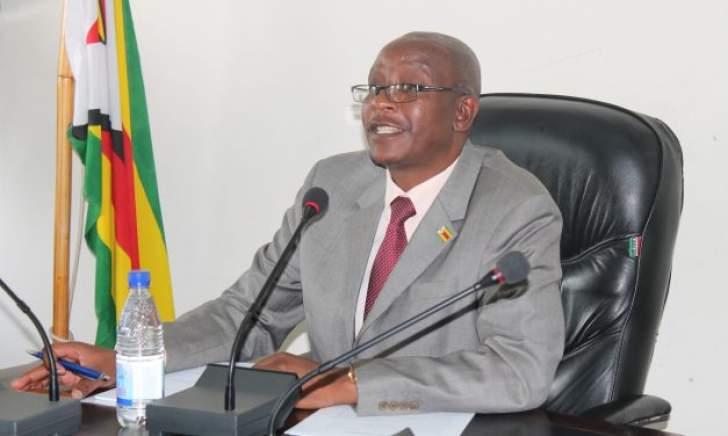 Ziyambi Ziyambi, who is also minister of Justice Legal and Parliamentary Affairs, revealed that the government is in the process of drafting a Constitutional Amendment Number 2, which would, among other things, revoke citizenship for citizens living abroad who do not pay tax to the Harare administration.

Ziyambi said on the sidelines of commissioning three new courtrooms at the Bulawayo High Court on Friday that the upcoming law is a result pressure from Zimbabweans at home who want the privileges and responsibilities of citizenship to be shared among all those that claim to be Zimbos. “Citizenship comes with responsibility, so if one is living in any part of the world and they are paying taxes there, naturally they have to apply for citizenship of that country of their choice. One cannot continue to insist to be a Zimbabwean by name only without sharing the responsibilities that comes with being a citizen like paying taxes,” Ziyambi explained.

He added that under this upcoming law, which is still at the drafting stage, once one’s has been out of Zimbabwe for five years, their citizenship automatically expires, after which those who would want to continue holding on to Zimbabwean citizenship would have to apply. It is at this applications stage that the applicants will have to justify why they would want to remain, citizens of Zimbabwe, when they are not contributing anything to its upkeep. However, the law will not affect those Diasporans who opt to pay tax to the government. “We are still at the stage of drafting the law and once the Bill is out, there would be nation-wide—not world-wide—consultations similar to the ones currently taking place on Amendment Number One on the appointment of the Chief Justice, so that members of the public can make their own inputs before it becomes a law.

I have to emphasise that this is not our idea as government, but that of Zimbabweans who think there are people out there who should cease to be citizens because they are not contributing anything to the collective responsibility of citizens. “The Bill should be ready for public debate in the second quarter of this year, that is when Zimbabweans and all other interested parties in the country will be able to make their contributions. However, these outreach programmes will only be done here in Zimbabwe, so whoever is abroad and wants to contribute will have to return to the country,” the Vice President added. There are more than five million Zimbabweans living and working abroad. In the past, the government has tried to get them to pay tax, but this appeared to be impossible. Ziyambi said once the Amendment becomes law, it will be applied retroactively, from 2013, when the new Constitution became effective. This will mean it would affect any Zimbabwean who has been out of the country for five years from 2013.