Acting President Kembo Mohadi says youths must emulate the gallantry and dedication exhibited by national hero, Brigadier-General Collin Moyo (Retired), who gave his all for the country’s independence, but sadly passed on last Friday when the country had started a new “war” towards economic development.

He said the decorated military commander was among comrades who played a leading role in the unification of armed forces, ultimately giving birth to the Zimbabwe Defence Forces (ZDF), which played a critical role in the signing of the Unity Accord on December 22, 1987.

The Unity Accord was between PF ZAPU and ZANU which formed ZanuPF. Brig-Gen Moyo (Rtd), whose Chimurenga name was Rodwell Nyika, will be buried today at the National Heroes Acre in Harare.

The programme is scheduled to start at 10am without traditional formalities such as going to Stodart Hall in Mbare, as the burial is set to be undertaken in line with Covid-19 containment protocols, although he did not succumb to the pandemic.

He implored all to join the economic warfare, saying President Mnangagwa had placed the country on a development trajectory to achieve rapid economic growth.

The President Mnangagwa envisages an upper middle income society by 2030.

“Let us carry on with work he was dedicated to do, he is not the first one some did not make it to independent Zimbabwe.

They all left us with a message of forward with the struggle and backwards never.

“So we are now faced with economic revolution, the one he has left us fighting. To all of you, especially the youth, the work before us is big, it needs people who are dedicated.

“We did not have much during the war of liberation some did not even have shoes but we were committed,” said the Acting President.

Acting President Mohadi talked of the humility and unassuming character of the late highly rated and decorated military commander, who he said trained as a special force in the Soviet Union, and later in his career some of those he trained became his commanders, but never contested it.

“In 1975 he was one of the commanders who brought the combatants together, ZANLA and ZIPRA under ZIPA. But they later realised they had to first unite the parties that are ZAPU and ZANU, but this was not possible, these parties were formed by the people and they had to go back to the people.

“The humility he had was top notch. Some of the soldiers he trained became his commanders but he never complained.

“Us the comrades who worked with him, we salute him. He was a hero,” emphasised Acting President Mohadi.

Vice President Chiwenga worked with the national hero closely during a long and colourful career in the military. 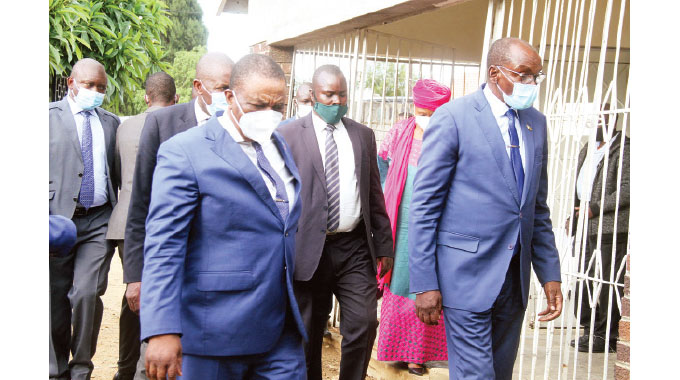 VP Chiwenga said the decorated military commander and others, played a critical role in the unification of ZDF ultimately the national leadership.

“He played a critical role. Why do I say so. When we were still in the bush in 1975 before we could foretell when the country would be liberated. We agreed those coming from ZANLA and ZIPRA to be united.

“That is the beginning of the Zimbabwe Defence Forces. We formed ZIPA. Rodwell, myself and others were instructors. We trained the first group under ZIPA that is the first time I worked with him,” said VP Chiwenga.

“Our wish was to be all united and go back as a united front. Yes, we had problems then but we found each other. The soldiers were united well before the political parties were united. We fought the liberation as a unit.

Family representative Mr Benjamin Moyo thanked Government for recognising their son, and said they were not aware they had such a highly-rated son.