Zimbabwe Newspapers (1980) Limited (Zimpapers) has made changes to its editorial team.

Hatred Zenenga has been appointed editor of The Herald, taking over from Joram Nyathi who left the newspaper more than a year ago.

The changes were announced by Zimpapers board chairman Mr Tommy Sithole and are effective from March 1.

Until now, the newspaper has been run by acting editors, the current one being William Chikoto, who reverts to his position as editorial executive.

Zenenga is currently the editor of Manica Post, a position he has occupied for the past 10 years.

His deputy will be Lovemore Mataire, currently deputy editor of The Sunday Mail. Mataire has vast experience in the media and has been deputy to one of the two women editing Zimbabwe Newspapers titles, Victoria Ruzvidzo.

The news editor of The Herald, Lawson Mabhena has been appointed editor of Chronicle in Bulawayo, taking over from Innocent Madonko. Mabhena is experienced in managing the newsroom.

The Zimpapers chairman says he believes Mabhena will be a wonderful addition to the top leadership of Chronicle. Madonko takes over from Mataire as deputy editor of The Sunday Mail and moves from Bulawayo to Harare Mr Sithole also announced the addition of a third woman as an editor of a Zimpapers title, Wendy Nyakurerwa-Matinde, who takes over as Manica Post editor.

Nyakurerwa-Matinde was assistant editor of The Sunday Mail.

Said Mr Sithole: “We are very proud that we now have three women editing our titles: Mrs Ruzvidzo, who is editing The Sunday Mail and the editor of Umthunywa, Gugu Ncube and now a third one, Nyakurerwa-Matinde, who takes over from Zenenga in Manicaland.

“We are very happy to see more women taking leadership in newspapers and we are trying our best to ensure that women are given as much opportunities as possible.

“They have the ability. We have already seen with those that are in place. Nyakurerwa-Matinde has proved herself as assistant editor.” 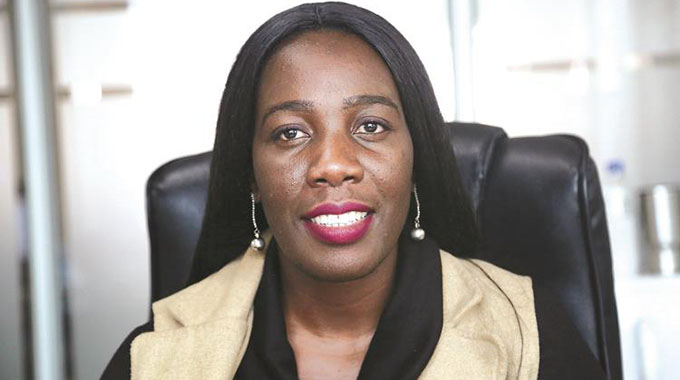 Zenenga joined Zimpapers in 1987 as a junior reporter with Business Herald and rose through the ranks to become business reporter and later business editor. He then moved to The Herald main paper as news editor before being elevated to senior assistant editor.

In 2009, he was appointed editor of The Manica Post, a position he held until his latest appointment.

Said Zenenga: “I feel honoured to be given this opportunity to come back to The Herald, a flagship that really has lived up to its promise every day of being the newspaper of choice for Zimbabweans.”

Mataire honed his journalism skills as a cub reporter at The Sunday Mail, which he joined in 2000. He was later transferred to The Herald as junior reporter before rising through the ranks to become senior political reporter and later chief reporter in 2004.

Mataire left Zimpapers the same year to join The People’s Voice as editor before rejoining the stable in 2013 as senior features writer.

In 2016, Mataire was transferred to The Southern Times, a joint venture regional newspaper between Zimpapers and New Era Publications Corporation of Namibia, as a senior writer.

In December 2018, Mataire was appointed deputy editor of The Sunday Mail

Mabhena has been news and politics editor of The Herald since May last year.

He joined The Herald in March 2016 as assistant news editor. He has also worked for The Sunday News in various capacities.

Madonko joined Chronicle in 1999 as a junior reporter and rose through the ranks to the position of assistant editor before being appointed deputy editor of the Sunday News in 2009. Nyakurerwa-Matinde joined Zimpapers in 2013 as assistant editor, a position she has held ever since.

Briefing editors, Mr Sithole emphasised the need for them to be disciplined, professional and to ensure Zimpapers titles serve the people and at the same time being commercially viable.

He said newspapers were an important part of the Zimpapers Group. He said the board and management was happy the company had withstood, and continues to withstand the economic challenges the country is facing.

“We have already announced preliminary results which show that the company is profitable and that the management and the shop floor staff are doing their best to ensure that while we are having to go through these economic difficulties, while people generally do not have that much disposable income, we still are producing products that are of interest to the people that contribute to their knowledge.

“We will continue to do our best and the board is very happy with the way the management has been able to steer the company through these difficult times,” said Mr Sithole.

The chairman said he expects the new appointments to make the company even better for investors to get a better return on their investment.