THE opposition MDC party’s head office in Harare was firebombed Monday night as unrest continued in the capital following a day of countrywide anti-government protests.

The attack on Morgan Tsvangirai House came as human rights lawyers accused the security services of carrying out brutal reprisal attacks against protestors in night raids across high-density neighbourhoods.

MDC leaders took to social media to condemn the attack on the party’s head offices which they blamed on the ruling Zanu PF party.

According to party officials, the attack was carried out by “armed individuals in unmarked vehicles”.

“We certainly have a terrorist organisation in Zimbabwe, when they have a problem with managing the country, they burn HQs,” said party presidential spokesman Nkululeko Sibanda on Twitter.

“They bombed the MDC HQ, hoping to destroy us, they bombed daily news and now they just burned MRT House. Boko Haram is in Zimbabwe. Why would Zanu PF do this?” 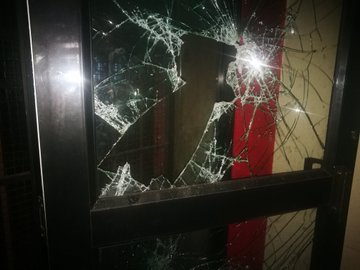 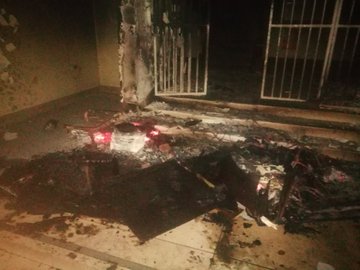 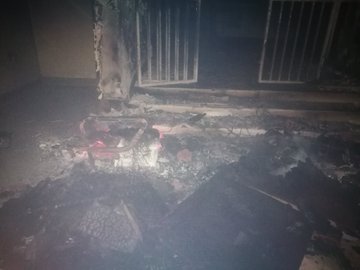 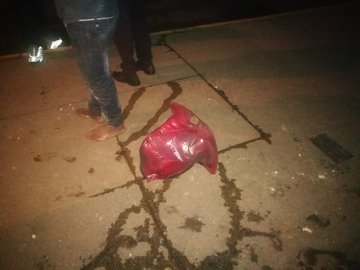 “We however want to warn ZANUPF youths that our silence does not mean weakness, neither does exercising restraint mean we cannot defend ourselves,” said youth chairperson and legislator Happymore Chidziva in a statement.

“Be warned! For you have no monopoly over violence. Do not provoke us, for we can land in your doorsteps! We remain unshaken, firm and resolute.

Meanwhile the Zimbabwe Lawyers for Human Rights (ZLHR) accused the security services of carrying out night reprisal raids against civilians in some of the capital’s high-density suburbs.

This came after the government blamed the opposition for the violence which characterised protests against the weekend fuel price hikes in the capital and Bulawayo.

“ZLHR strongly condemns the wanton and brutal attacks on some Harare residents by uniformed members of the Zimbabwe National Army (ZNA) and Zimbabwe Republic Police (ZRP),” the lawyers’ group said in a statement.

“At about 2300 hours, on 14 January 2019, police and army officers randomly carried out door-to-door raids around Mabvuku high-density suburb.

“During these raids, uniformed members of the police and army forced entry into homes by breaking doors and windows.

“Having gained access, they proceeded to randomly assault some occupants and, in some instances, forced residents out of their homes.”

The advocacy group added; “Some of the targeted residents were those with houses near barricades placed on roads.

“The residents were forced to remove the barricades (rocks and stones lined in the roads) and were severely assaulted in the process.

“As at 0200 hours, on 15 January 2019, ZLHR continued to receive further reports that this illegal operation was still ongoing.

“At least more than fifteen (15) people have reached out to confirm these attacks. Similar reports have been received from Chitungwiza.”

The rights group warned that it was ready to legal action against those responsible for the brutal attacks.

“It is clear that the police are failing to fulfil their obligation of investigating first before arresting any suspects as provided in the Criminal Procedure and Evidence Act,” the group said.

“Of concern is the involvement of soldiers in these illegal acts who are actively participating in the torture, cruel and inhuman treatment of residents thereby violating section 53 of the Constitution.

“ZLHR advises the police and army officers responsible that lawyers will not hesitate to file court cases against those responsible and hold them accountable for these random acts of torture and destruction of property.”