Exiled former G40 Kingpin Professor Jonathan Moyo has alleged that President Emmerson Mnangagwa is involved in black magic that might be the cause of the unexplained fires that are gutting various places in Zimbabwe.

“Unprecedented carnage! Over 110 people have perished on the roads within two weeks since that Guinea trip. It is said that the rituals they do there are something else. Great cause for concern!,” Moyo said.

President Mnangagwa recently visited the President of Guinea Conakry where he was honoured with the Grand Cross Award.

“ZANU PF old guard is primitive.” Prof Moyo continued. “Many know that Mnangagwa is into spirit mediums, nyangas and juju rituals big time. The scarf is a juju item. Reports of rituals done in Guinea are from insiders who say the rituals require bloodletting through induced road carnage and atrocities.”

Moyo further explained that the rituals are done with the belief that the politician maintains political power. 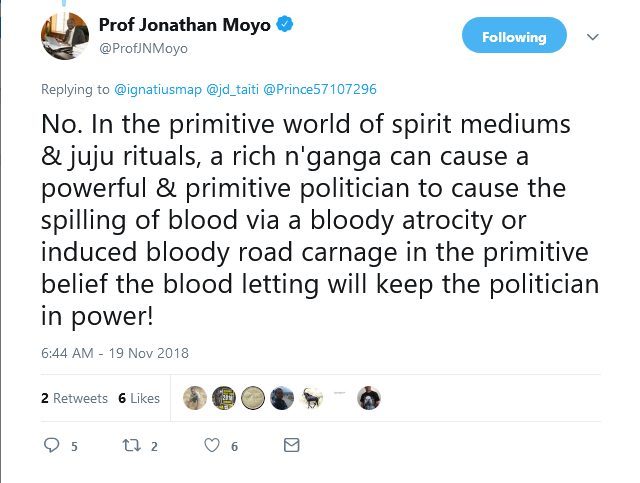 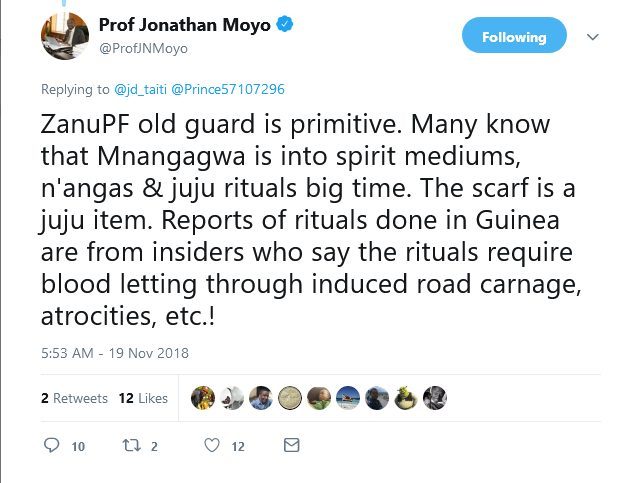