February has certainly been an eventful month for Lorraine Guyo who shot to fame after a video she had made in jest appealing for men to propose to her before Valentine’s day went viral. This led to her being suspended from work although she was later reinstated following a public outcry. 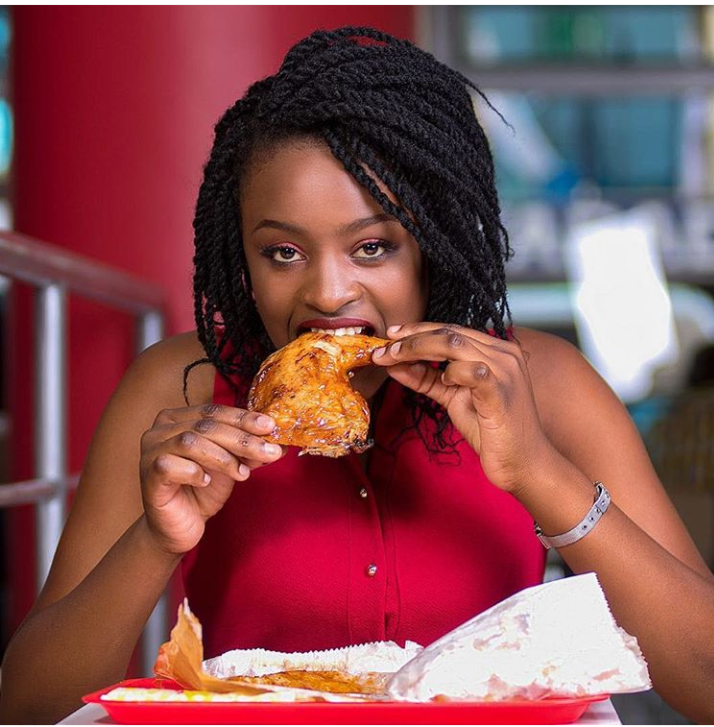 However, Lorraine is reported to have left her former employers again, although this time it’s on her own terms. She has taken advantage of overnight celebrity status to get endorsement deals and it seems that the deals are lucrative enough to allow her to quit her previous employment.

She has promoted products for a number of local companies and is not the Brand Ambassador for local quick service restaurant Mambo’s Chicken.

Please imbomirai izvozvo ndavakutya camera, but today has been a busy day for me and this is it. I have fallen in love with Mambo’s and I want to thank Jan Jam for dressing me and giving out presents to its shoppers.

However, she was coy about confirming that she had quit her job

I do not want to say much about my job sine Zimbabweans have spoken and I want to thank them for standing with me after my moment of madness that less to the video, which later went viral.

As for what I am doing, it is better to write that you are seeing because I fear being caught offside and misfire again.